Two years ago Mason was diagnosed with leukemia. It’s been a long hard road, but organizations such as Dreams Come True have softened the blow of the harsh reality that childhood cancer brings. Dreams Come True is an organization which gives children suffering from chronic illnesses and cancer a “Dream”. I distinctly remember explaining to my then 3.5 year old what a “dream” was and what it meant.

Roughly 16 months ago Mason told me his dream, it was to own and train a dark sable, female German Shepherd named Freya. Soon after announcing his dream, Mason was falling asleep (late at night, early morning) to watching dog training videos. Needless to say, I began searching for the best German Shepherd Breeder with the best dogs and temperament. I found the perfect Breeder! Now the wait was on for the perfect litter. Waiting to a 4 1/2 year old, is tough! But Mason is a tough kid.

Now that you have the background, here’s the story!

May 8, 2015 Masons Dream came true! He was surprised with this 8 week old dark sable, female German Shepherd named Freya. To say he was excited is an understatement. There were tears, there were laughs but there something magical happening on that day. My kid had a light about him which I haven’t seen in almost two years. It was as if Freya was breathing a whole new life into my kid.

We spent the day getting to know Freya and her us. Mason having a new way about him instantly! He was happy and nonstop talking about all the plans he has for Freya. Freya has brought Mason out of a dark place, instantly! I am loving seeing my kid happy! That first night something else happened, Mason slept!! Prior to May 8th Mason has been stuffing from insomnia, for the last two years. 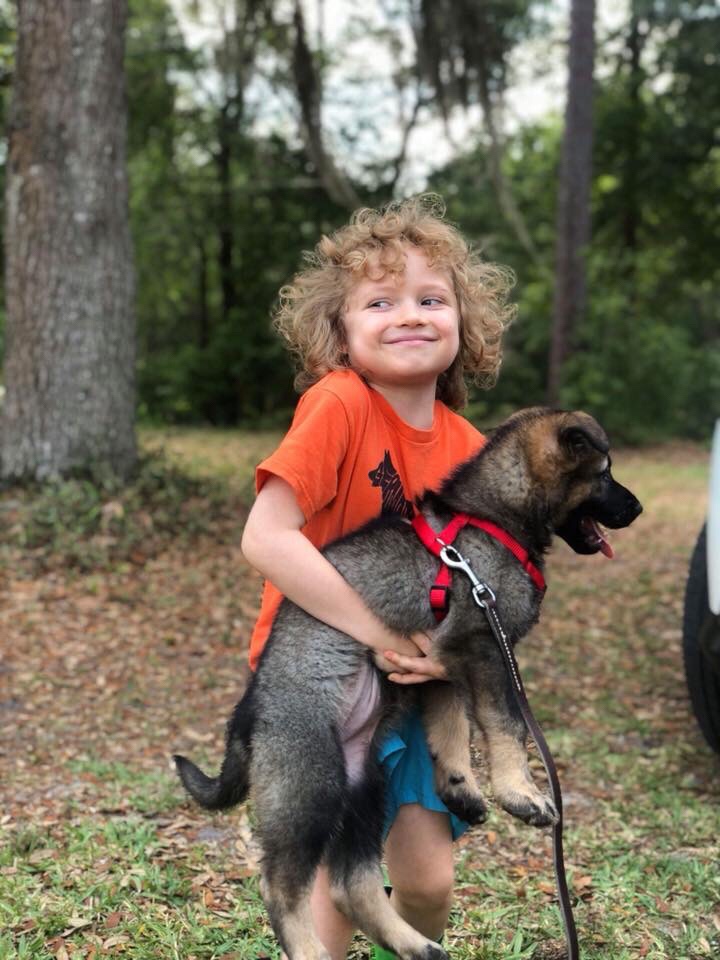 “I just needed her, I just really needed her.” Mason 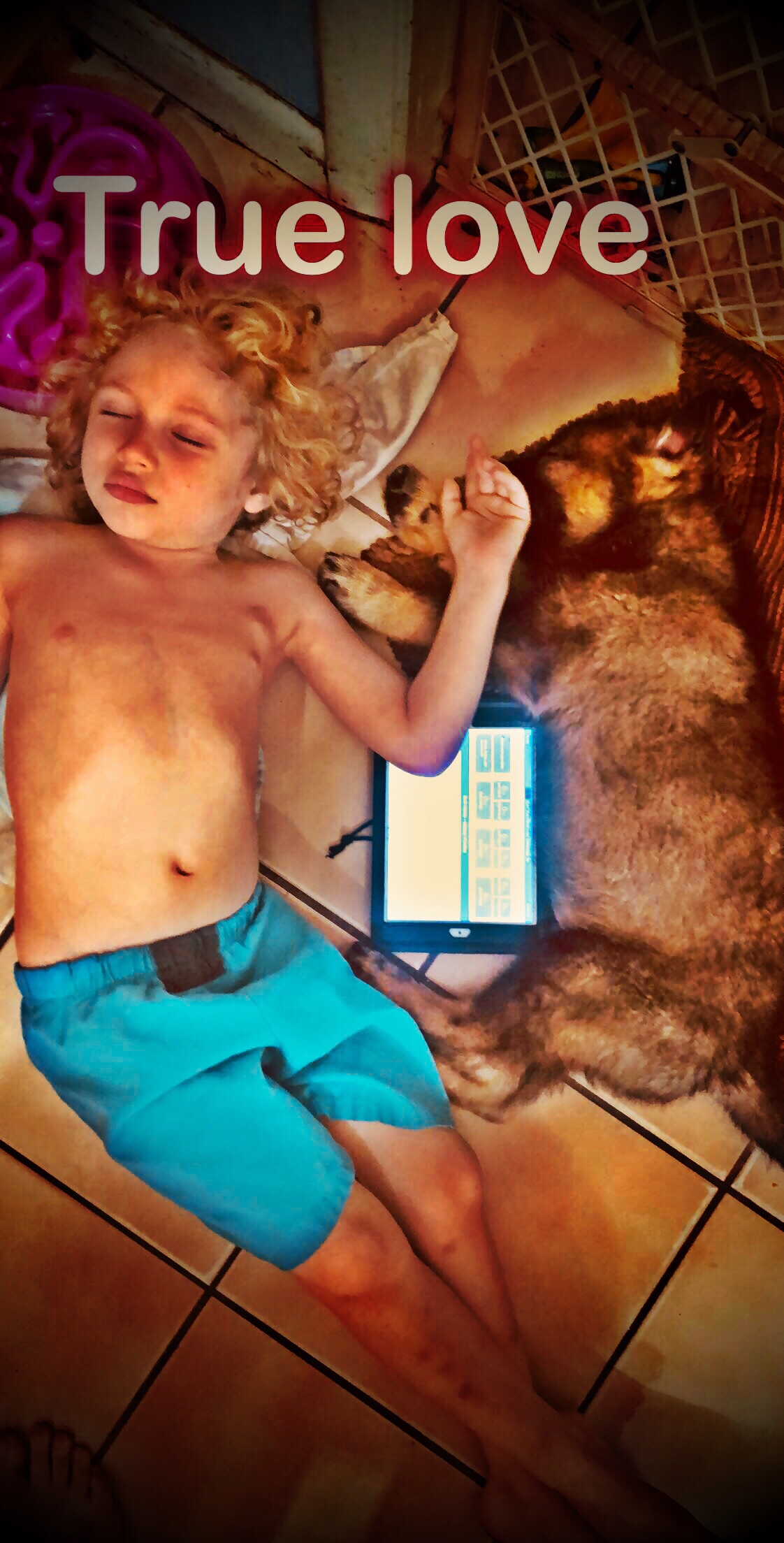 “I’m just going to tell her the German words I’ve been learning.” Mason 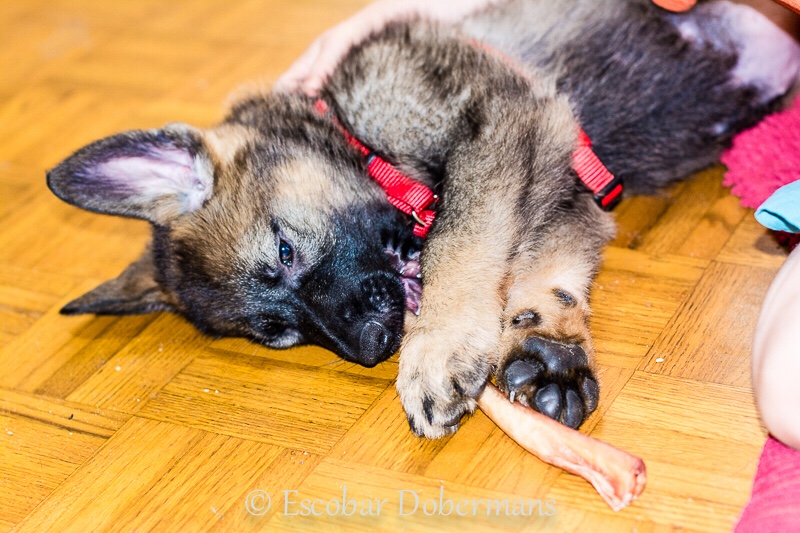 We showed Freya around one field, her nose is legit! We played some puppy engagement games, Mason had a blast! She’s potty training like a boss, and already getting in her crate on command. It’s safe to say we’re all equally in love with this pup. 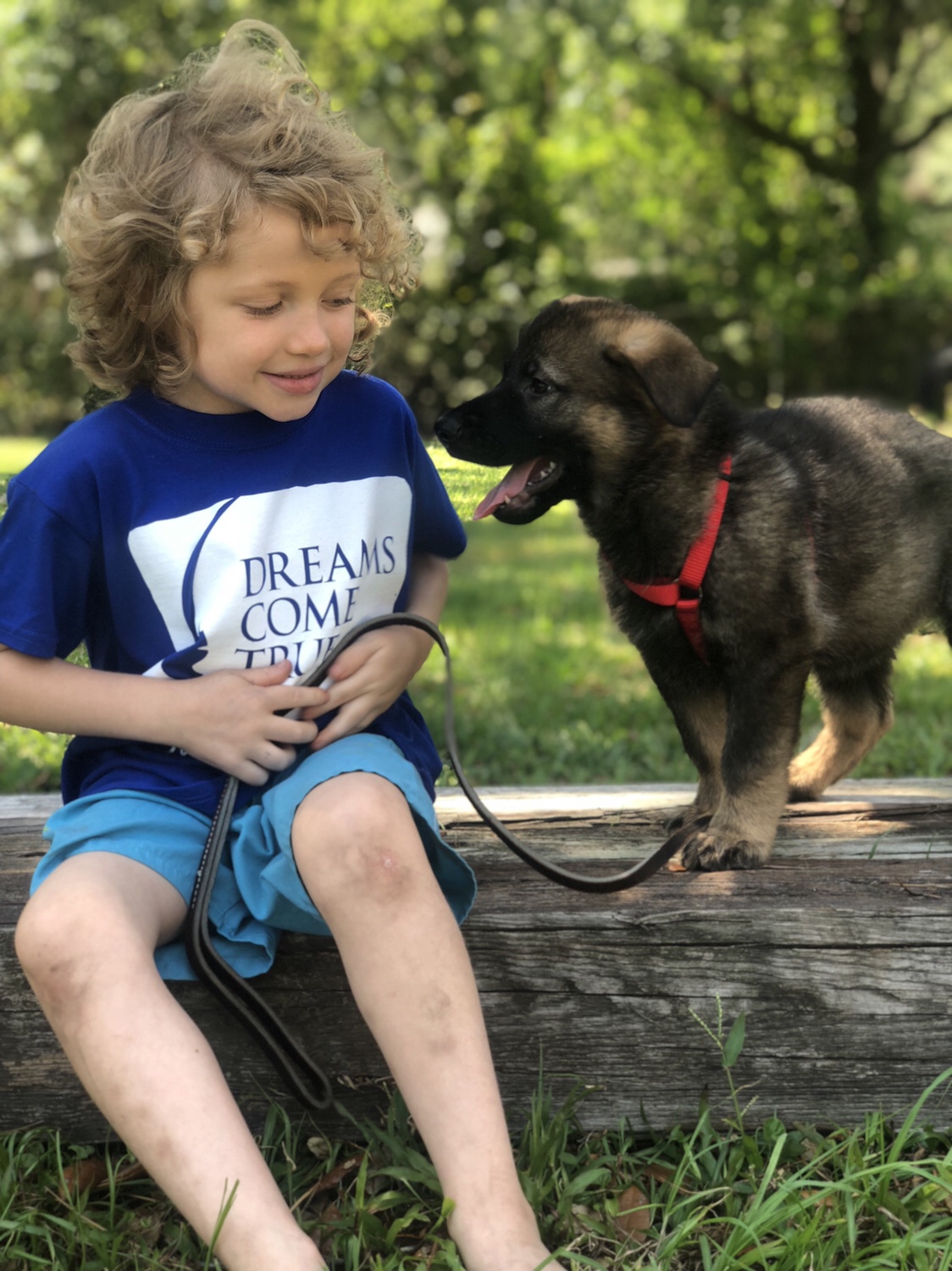 “When you’re bigger we are going to win all the trophies.” Mason 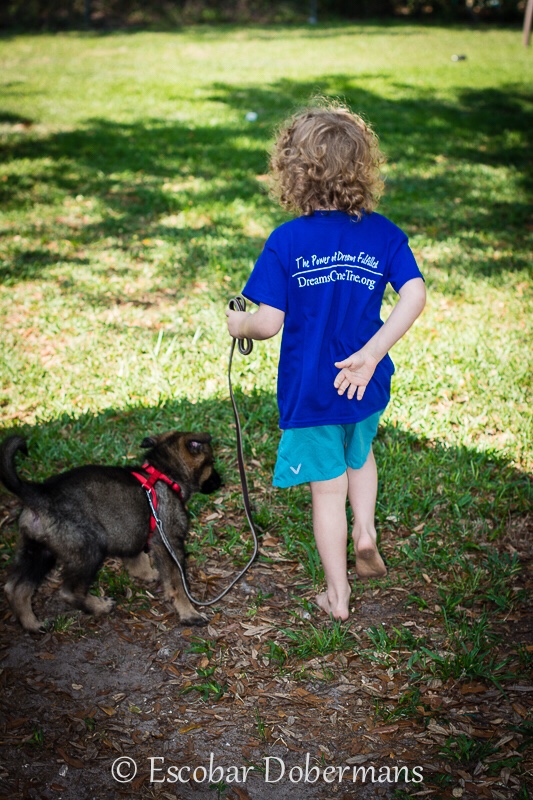 “We can explore over here to check for danger.” Mason 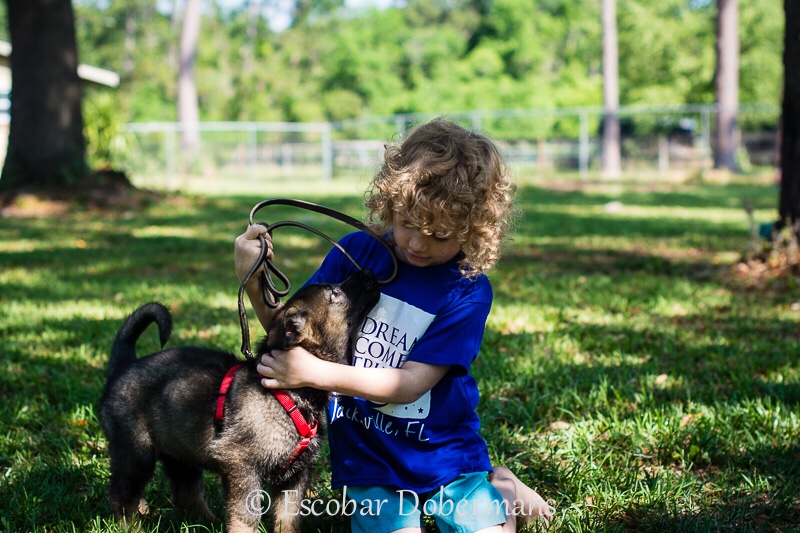 “Right here this is what my heart needed.” Mason