Another cycle of Mason’s treatment has been completed! This last steroid cycle was a huge test to see if Mason would keep sleeping through the nights. You know what? He did just that! Freya seems to have removed his insomnia even through the heavy meds. What a blessing!

Mason and Freya are officially enrolled in puppy class set to begin in a few weeks. He is extremely excited and told her several times today, “Freya we are going to college, and soon we will have that trophy for winners”. Freya has an interesting thing she likes to do. She is a collector of all things, Mason says its the “magic” in her. For example; sticks, pinecones, the porch broom, Scarlett’s rain boots she will grab from the yard and bring to the patio area. It’s actually become pretty useful, now I have help gathering the kids items in the yard 😉 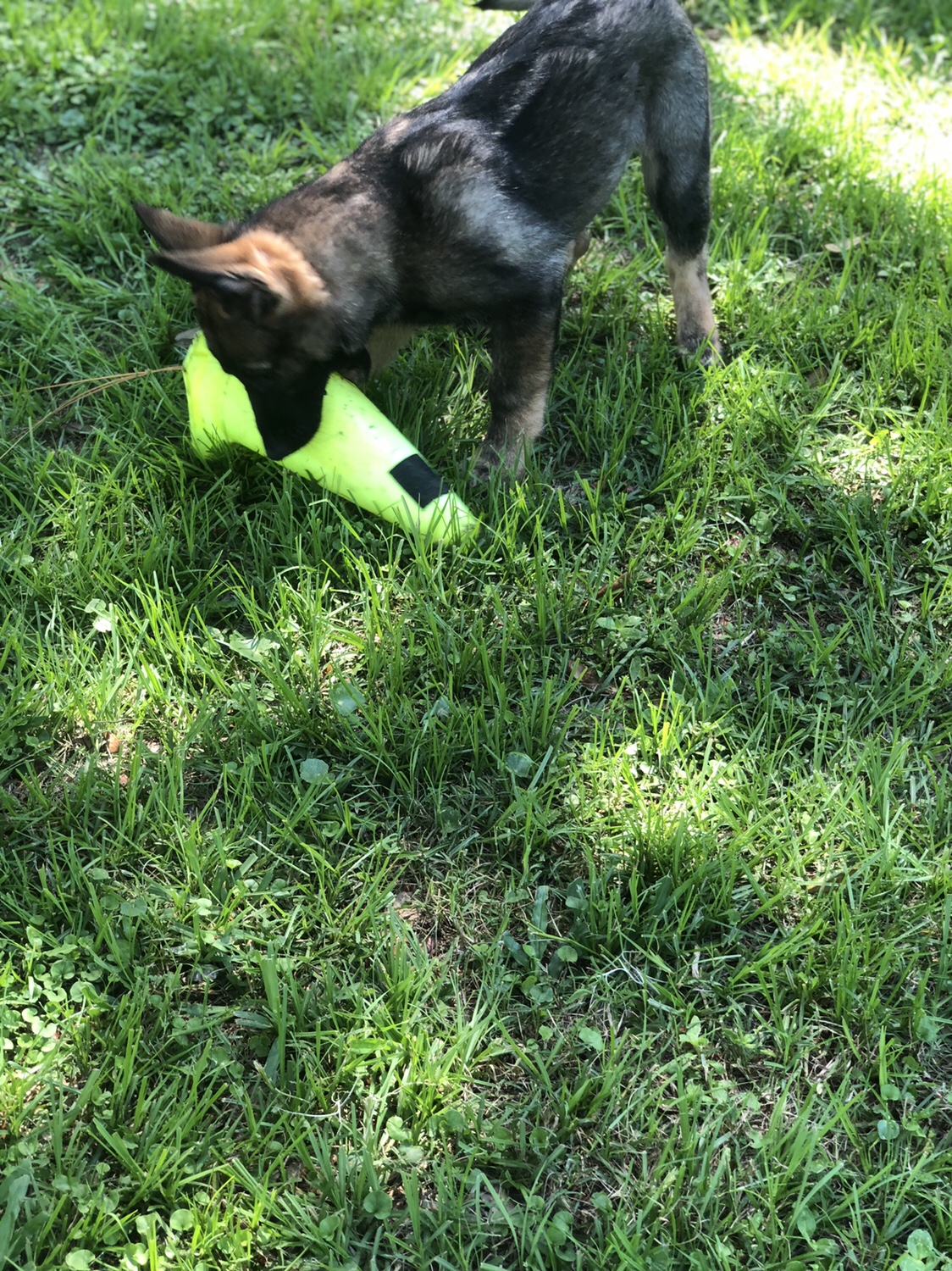 “She is just picking it up because it could be dangerous left out!” ~ Mason 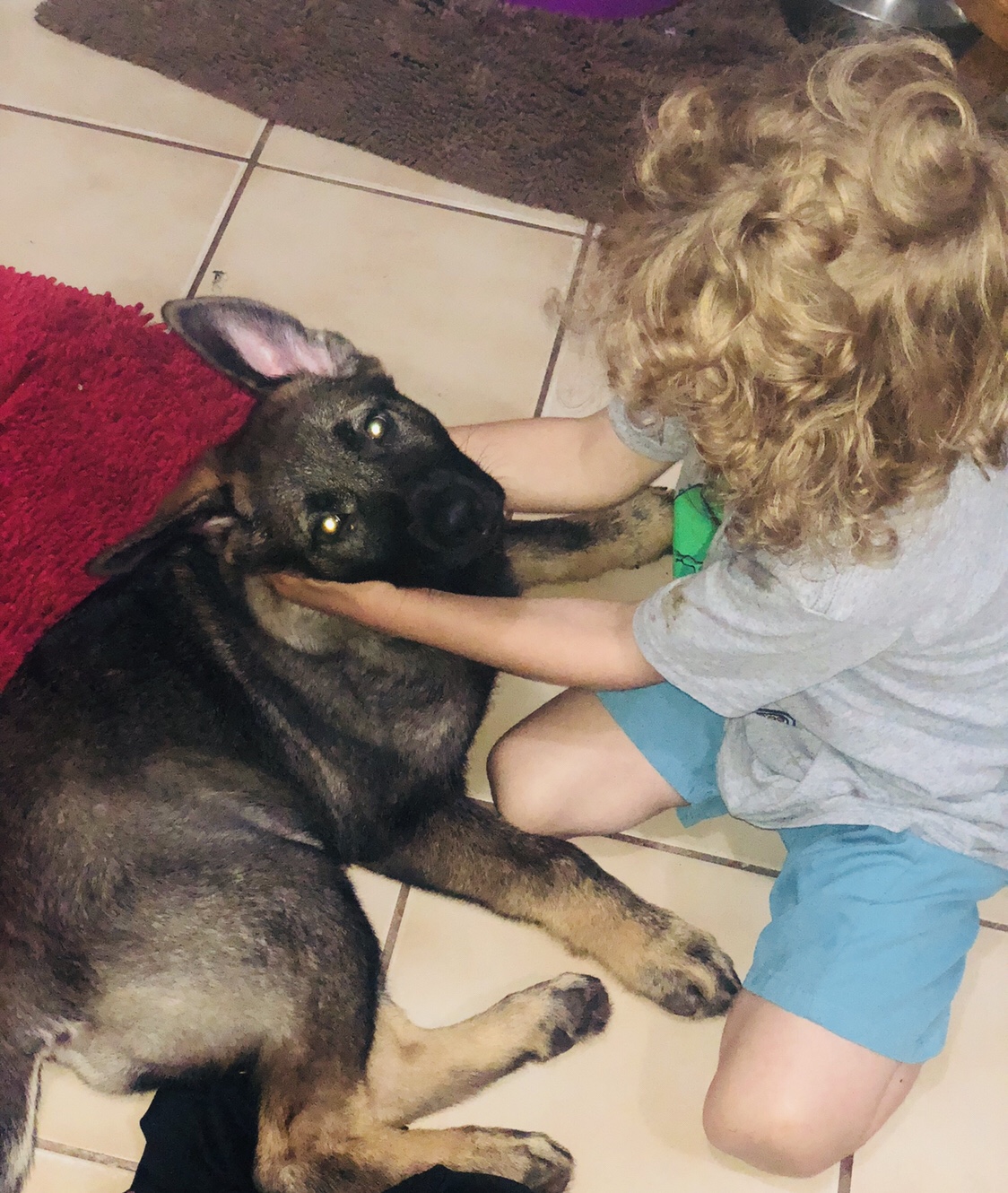 “Freya, are you ready for college. We are going very soon! The trophies we will win are going to be giant! like 49 inches” ~ Mason

In one of Freya’s collection runs, she began to bark at something off in the distance. Mason ran to see what she was barking at. It was a giant monster hawk! Reddish brown in color and had gold highlights throughout its feathers. Mason had never seen such a beast and at this close distance. Freya standing next to Mason, had a stick in her mouth, she nudged him with it. He grabbed the stick and it instantly turned into a sword! He was amazed; he has never had anything change shape in his hands, right before his eyes. At the same time he was also draped with armor for this battle. He wasn’t used to this! It was exciting. He leaped towards the monster hawk, Freya by his side and he began battling. The talons on this hawk were so large they pierced the ground with each step! Mason and Freya unafraid circled the monster hawk seeking the opportunity to pierce her with his sword. Finally, Freya distracted the monster hawk allowing Mason to circle around behind and spear her with his sword. Instantly the monster hawk turned into dust in the wind. Masons sword returning to a stick and his body armor back to a T-shirt and shorts. Just like that, our yard was safe for another day. 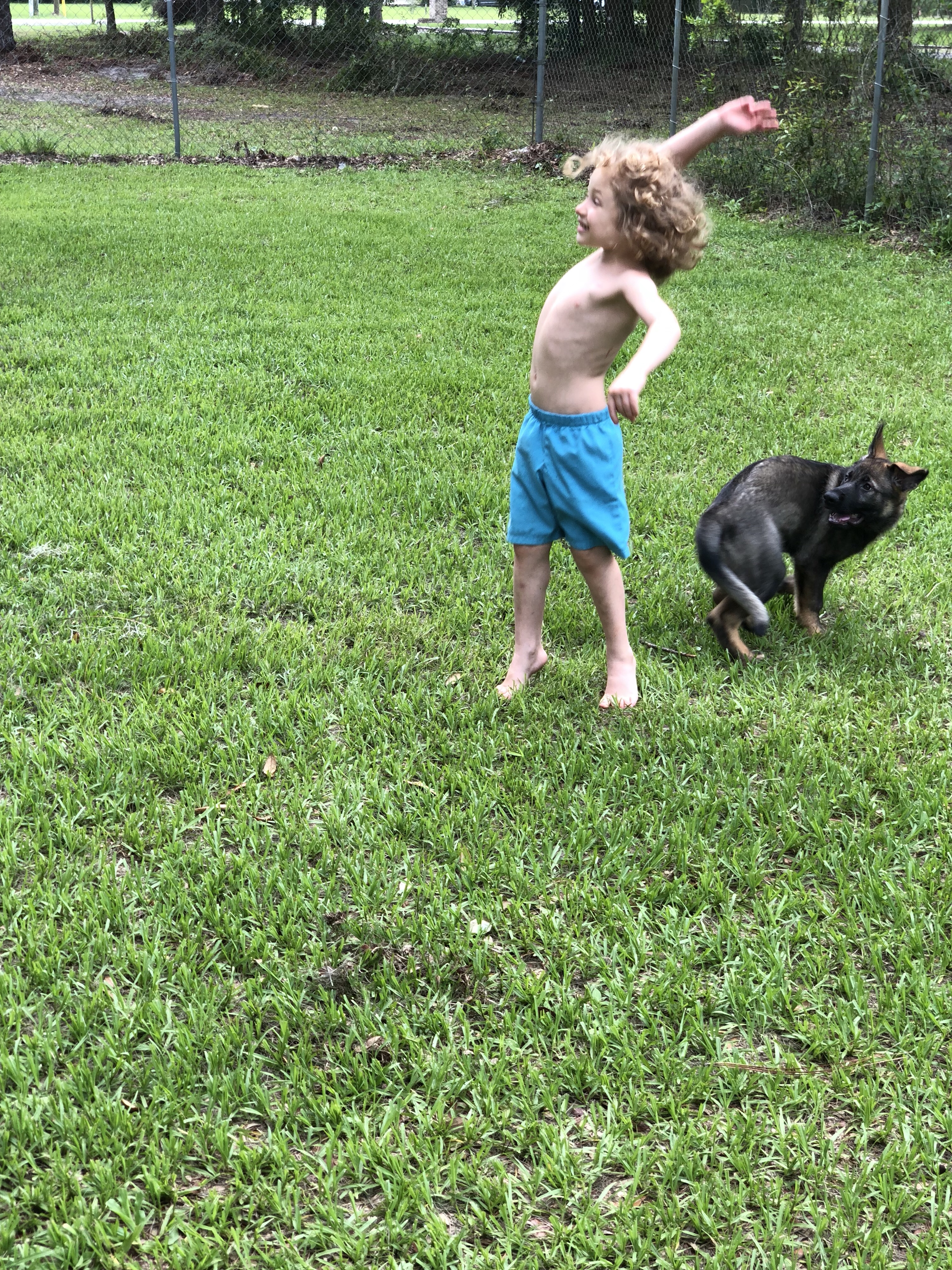 “Monster Hawk, I will bring you down to chinatown!” ~ Mason 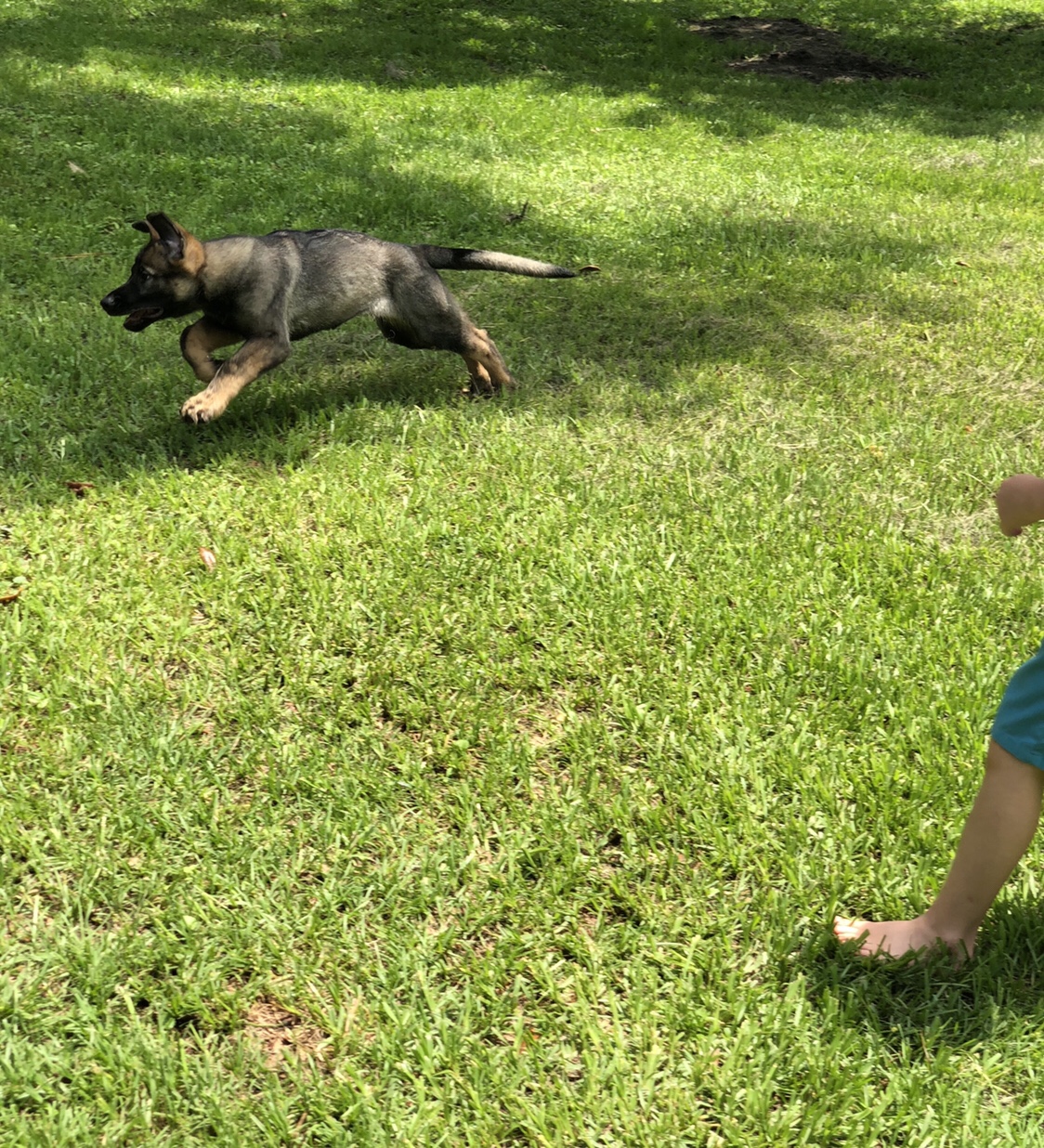 “Look! Look at her! she is circling the Monster Hawk for me” ~ Mason

When I say this pup has restored something within Mason’s soul, I mean it. She has stripped away so much worry and darkness and now his mind is wide open for adventures. Just as it should be for a five year old little boy!