The Up’s and Down’s

We have been having a good and stressful week, Mason had treatment on Tuesday. He was feeling extra brave and excited to see his two favorite nurses and Doctor. He was a little more tired feeling Monday and Tuesday and not much on the appetite front (which is sort of his and Freya’s thing…can you say PICKY) His labs did show he was more anemic than he usually is so it explained some of the tiredness and amped up my worries with a shot of anxiety….needless to say I’ve had a rough few days.

I had to go to treatment this week and very soon Freya will go with me. She is still a puppy and needs to be a little bit older before we take her with us, until then she is a deadly zombie warrior just like me. We have been under attack from zombies who have been climbing in our oak trees and throwing acorns and balls of moss on top of us. The acorns actually burn when they hit you because when thrown by a zombie, they turn into little fire balls, the moss tangles you up and makes it hard for you to move. Freya has such a thick coat she doesn’t feel the acorns and she’s so fast she usually outruns the moss balls. We fought them hard and long until it was almost dark and then we were outnumbered in a bad way. We quickly had to climb onto our safety deck and call it a day, this battle was lost, but we will win the war! Next time we will have more swords and a bigger shield to protect ourselves. Until then…. 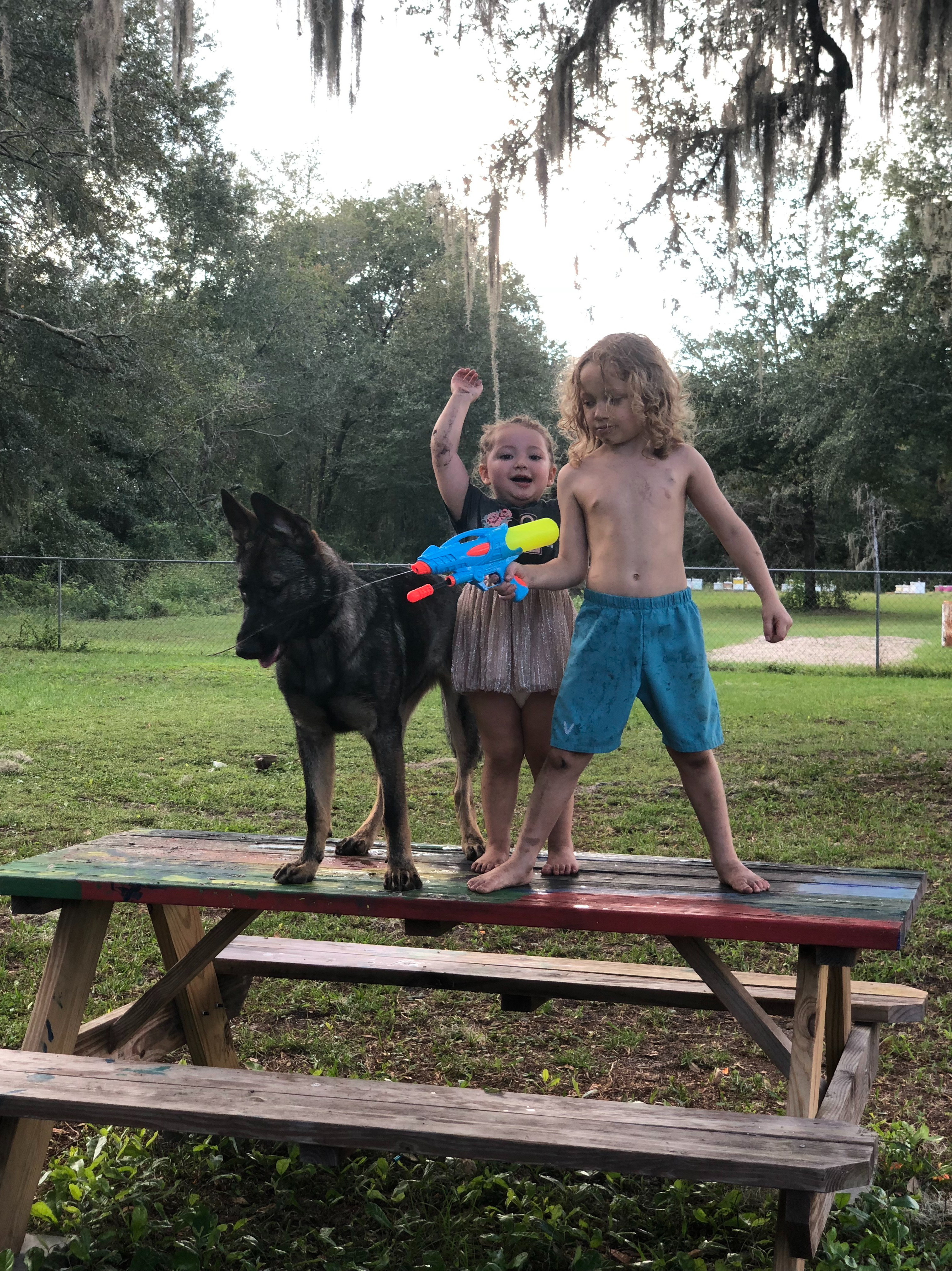 “Baby Scarlett is always celebrating when we kill a zombie” ~ Mason 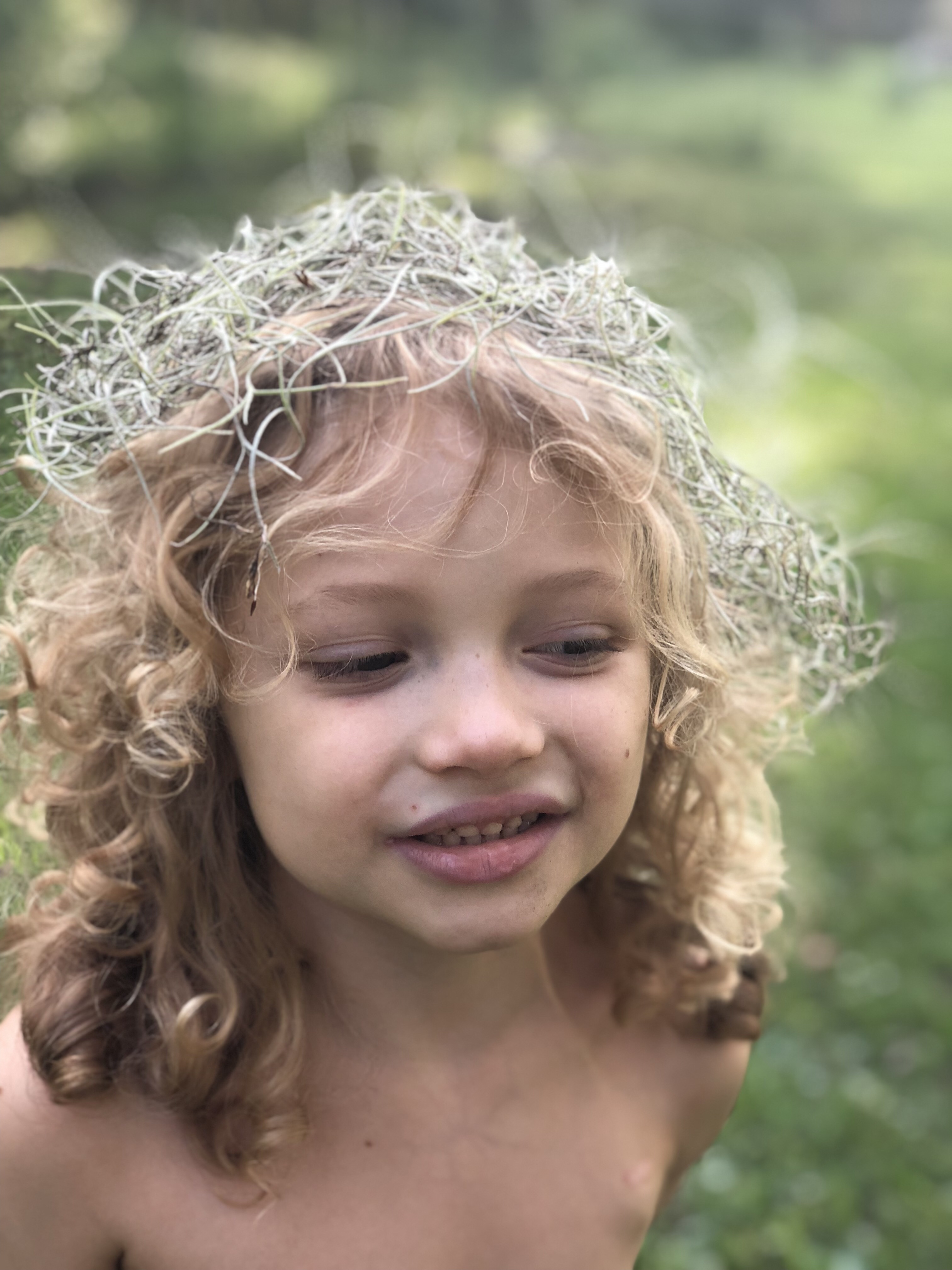 “I am frozen until the moss falls off my head” ~ Mason

Freya the freight train is just a sparkling magical soul! She is progressing along nicely in our obedience class and will NOT work for food of any kind, but will out work anyone if a ball is involved. So we turn on her drive with our favorite gappay ball, and she can smell it when it comes out! It really amazing me how she prefers one ball over a hundred others, but she does. She’s picky just like her owner! She’s been making more appearances in building and offices to get her more environmental exposure and as always she never disappoints. I really love her stable nerve and her off switch. 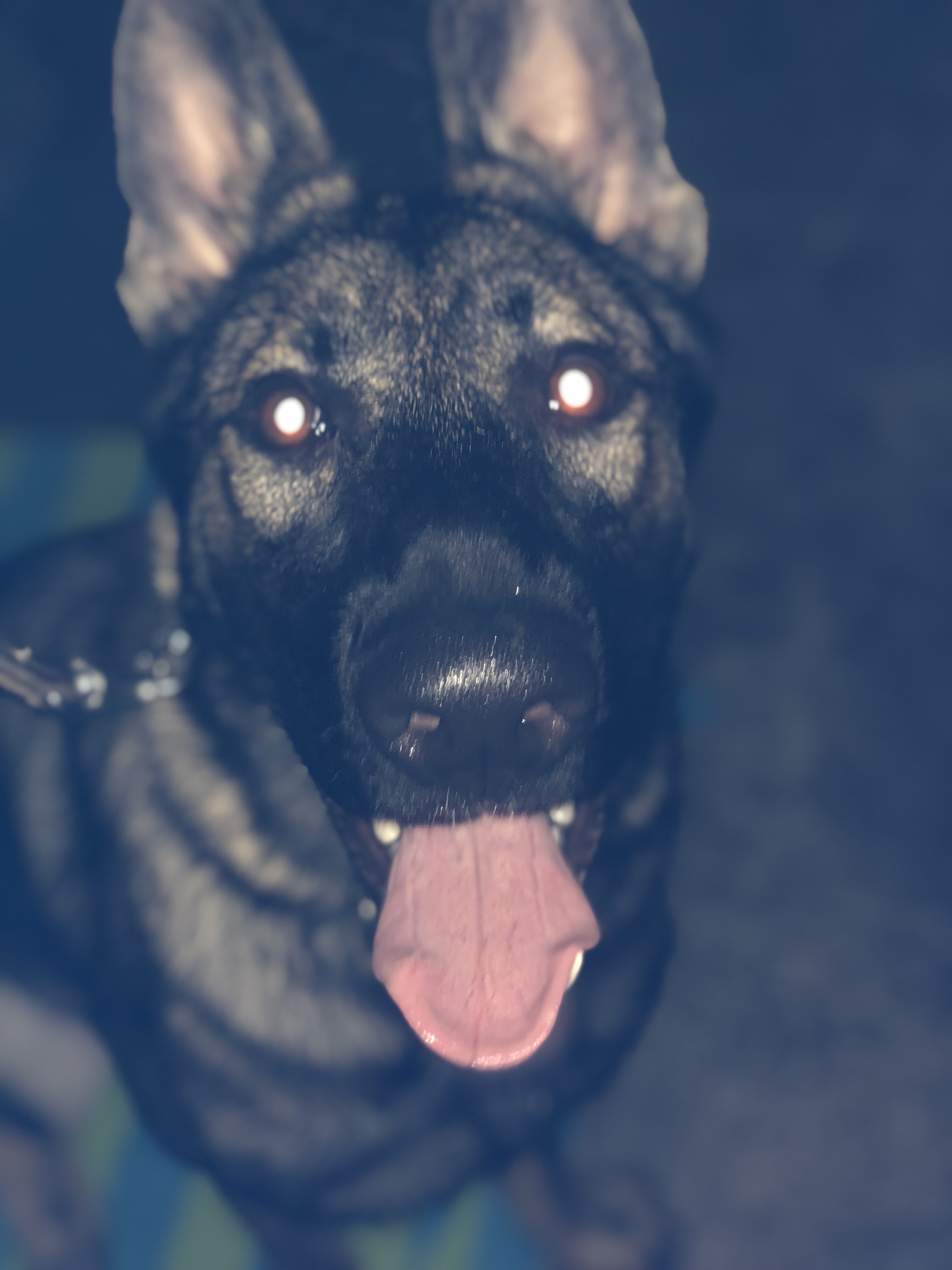 I had almost forgotten what it feels like to not sleep at night! Mason having lower hemoglobin on his labs is worrisome for me to say the least. Visiting clinic two times in one week is trigging my emotions and dredging up memories of diagnosis, just traumatic. Mason although not feeling “great” due to being more anemic than normal handled our second clinic visit like the warrior he is. He spent the morning cuddling with his Bear Wolf and then laughing at her while she became a clown to lift his spirits. She has a wicked intuitive sense about her that is uncanny and I love it! It’s hard to believe she’s not even a year old yet. After todays visit, his counts are actually on the rise so he should start feeling better very soon! Until next time.. 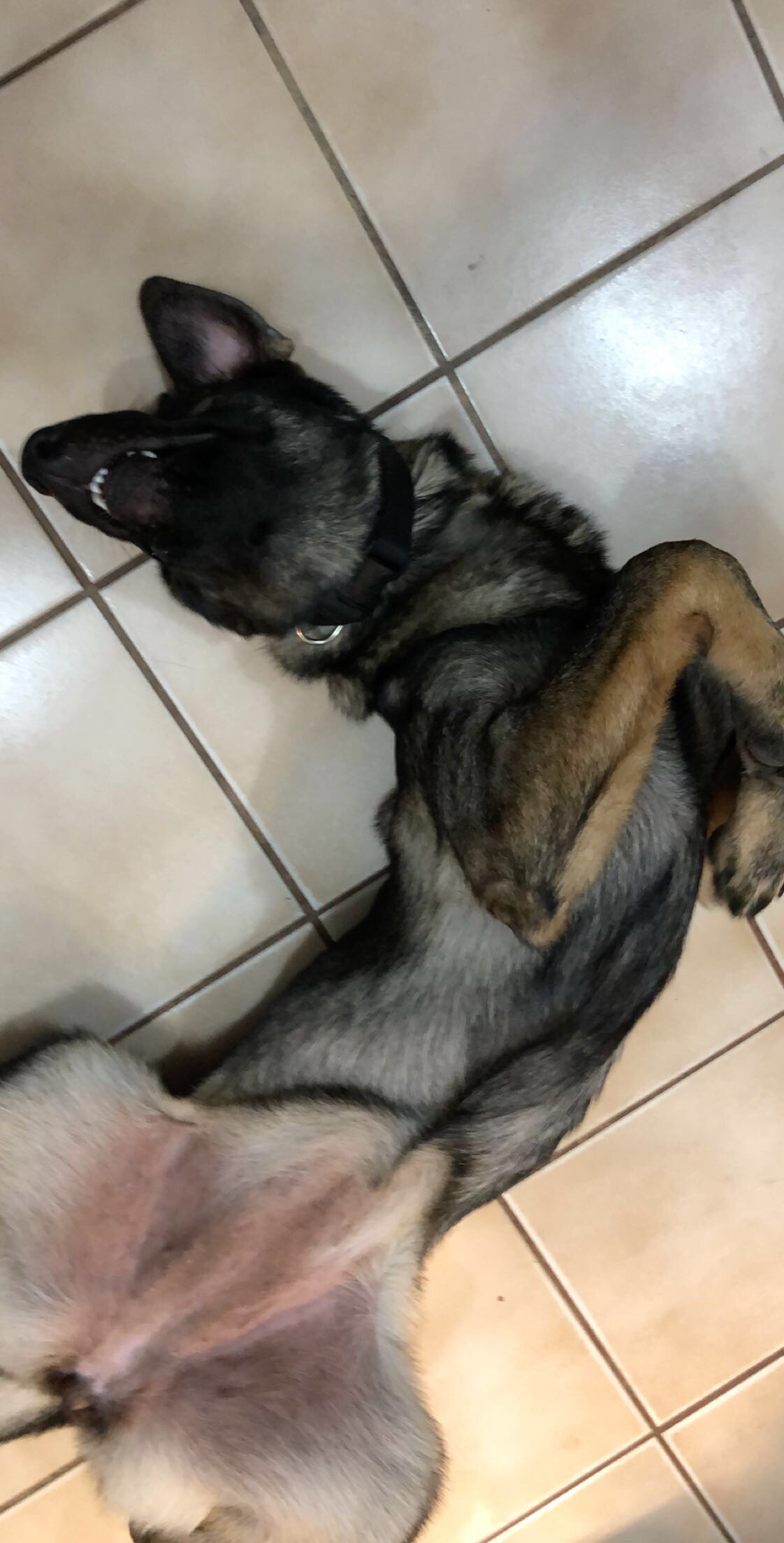 Clowning until she makes Mason laugh…This puppy is amazing 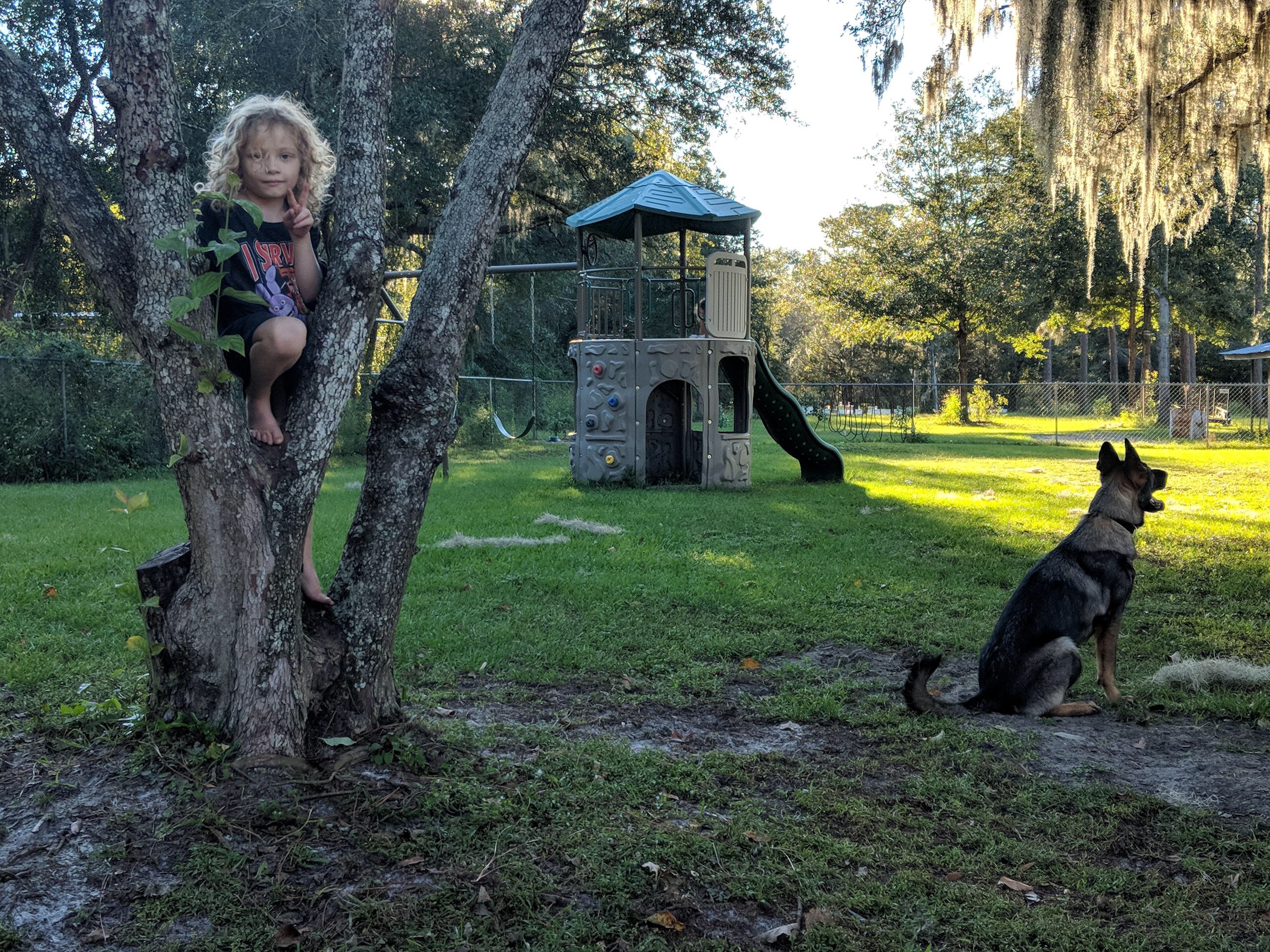