The Pleasant Feeling of a Routine

We have had a great week. Mason has been feeling good 90% of the time and we’ve made the most of each moment. There was a lot of playing outside, a lot of zombie hunting and school. I never knew how much I loved routine until we no longer had one. So I welcome it! We’ve had some threatening weather which has cramped dog school, but considering Freya attends science class I’m not to worried about her falling behind 😉 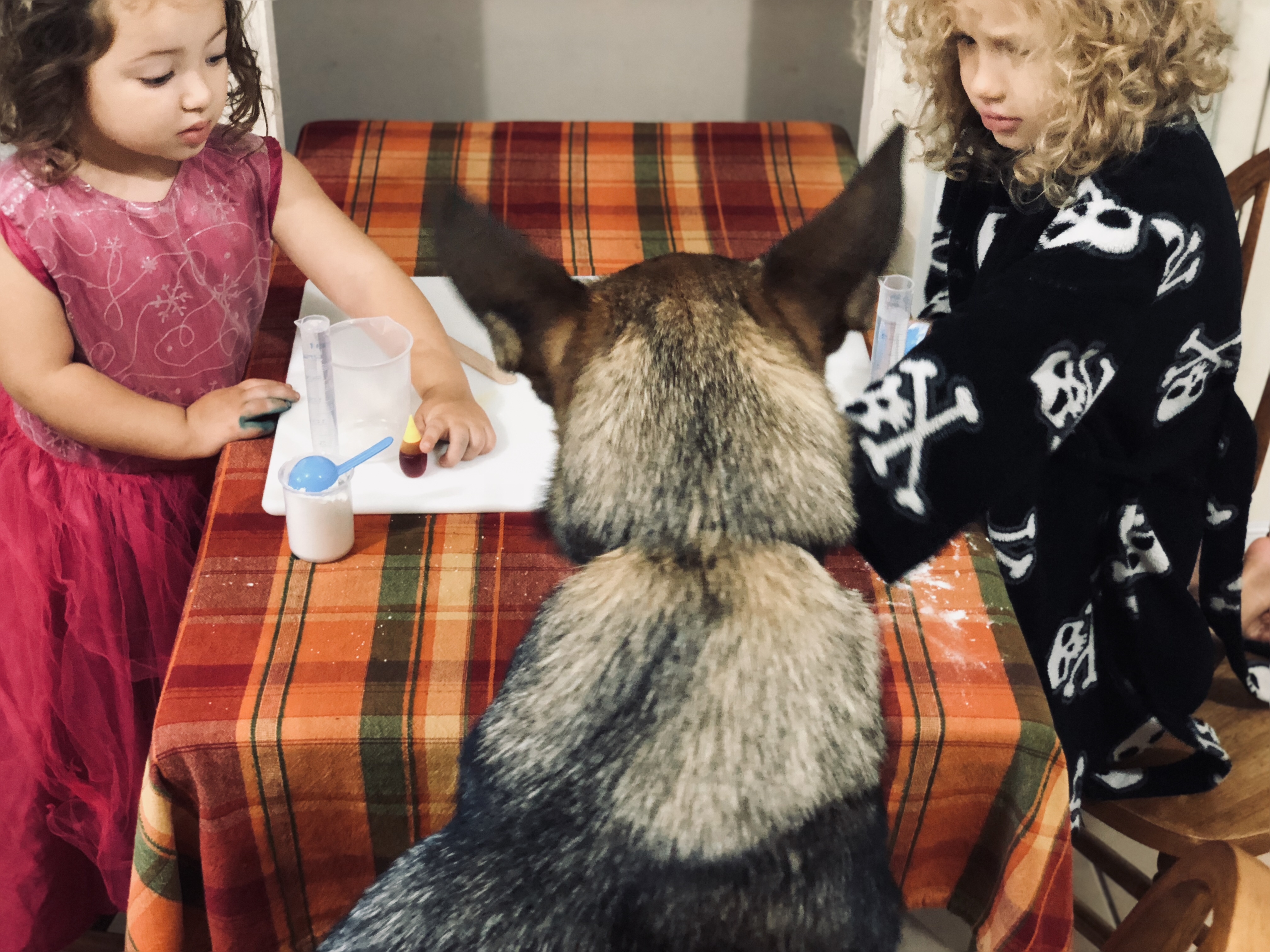 “Freya this is science class and we’re doing an experiment are you ready to help?” ~ Mason

Do you know what a hurricane brings besides wind and rain? Zombies, that’s right and a lot of them. The best part is it’s zombies we have never battled with before, so it’s very exciting. Freya is a pro and now she knows all the best fight tactics. Actually, she lets me know where the next Zombie will show up by a little low bark. It’s only a bark I can hear and only I know what it means, we are best friends like that. We would run at the zombies so fast, some of them wouldn’t even stand their ground. Freya and I are the strongest fight team ever, a Bear Wolf and a ninja transformer (that’s what I turn into). We ended up chasing away all the new coming zombies from our yard and then it began to rain harder so Mommy said we had to come inside. Until next time.. 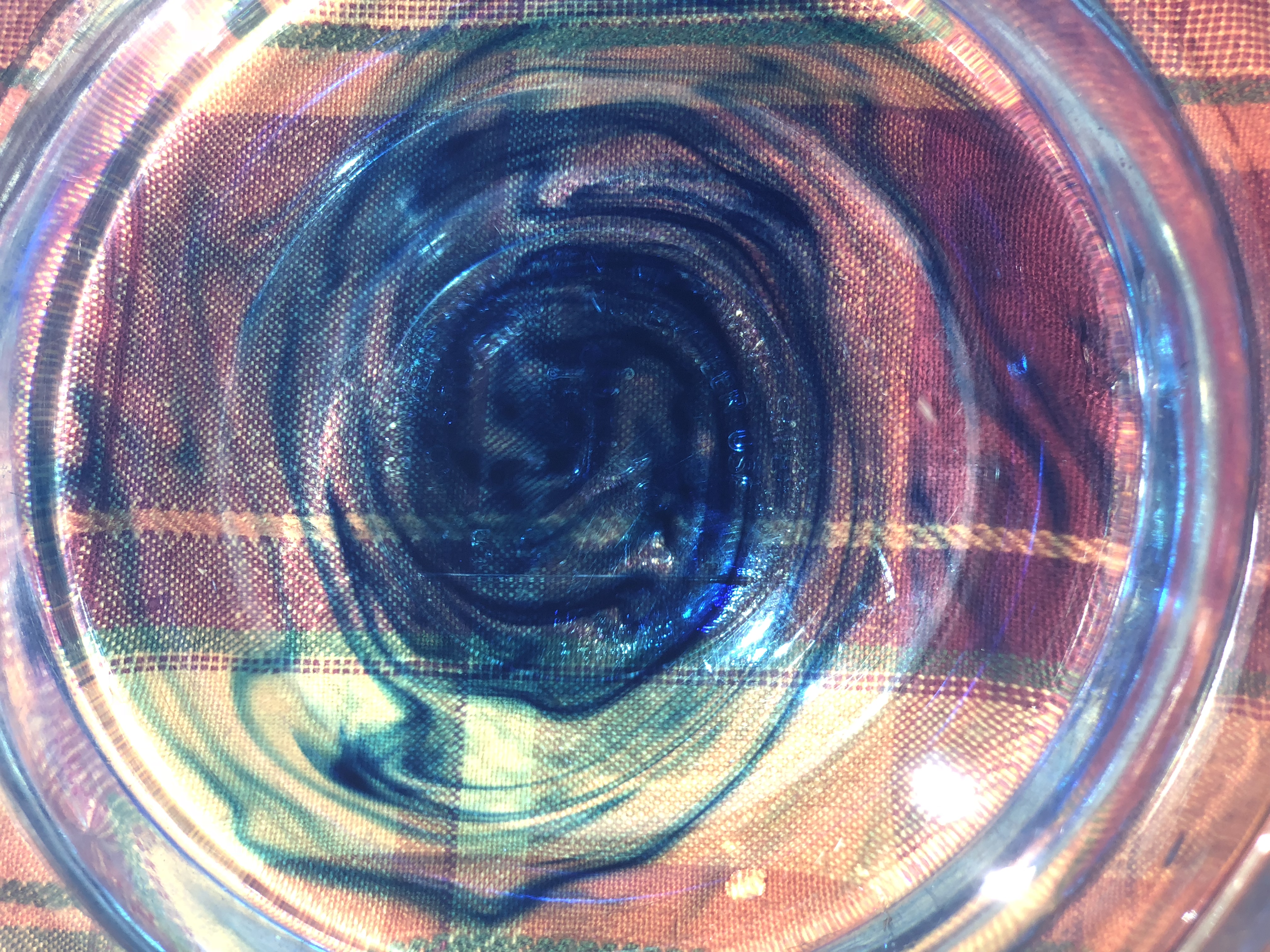 Learning about hurricanes and how they look small scale and safely 😉 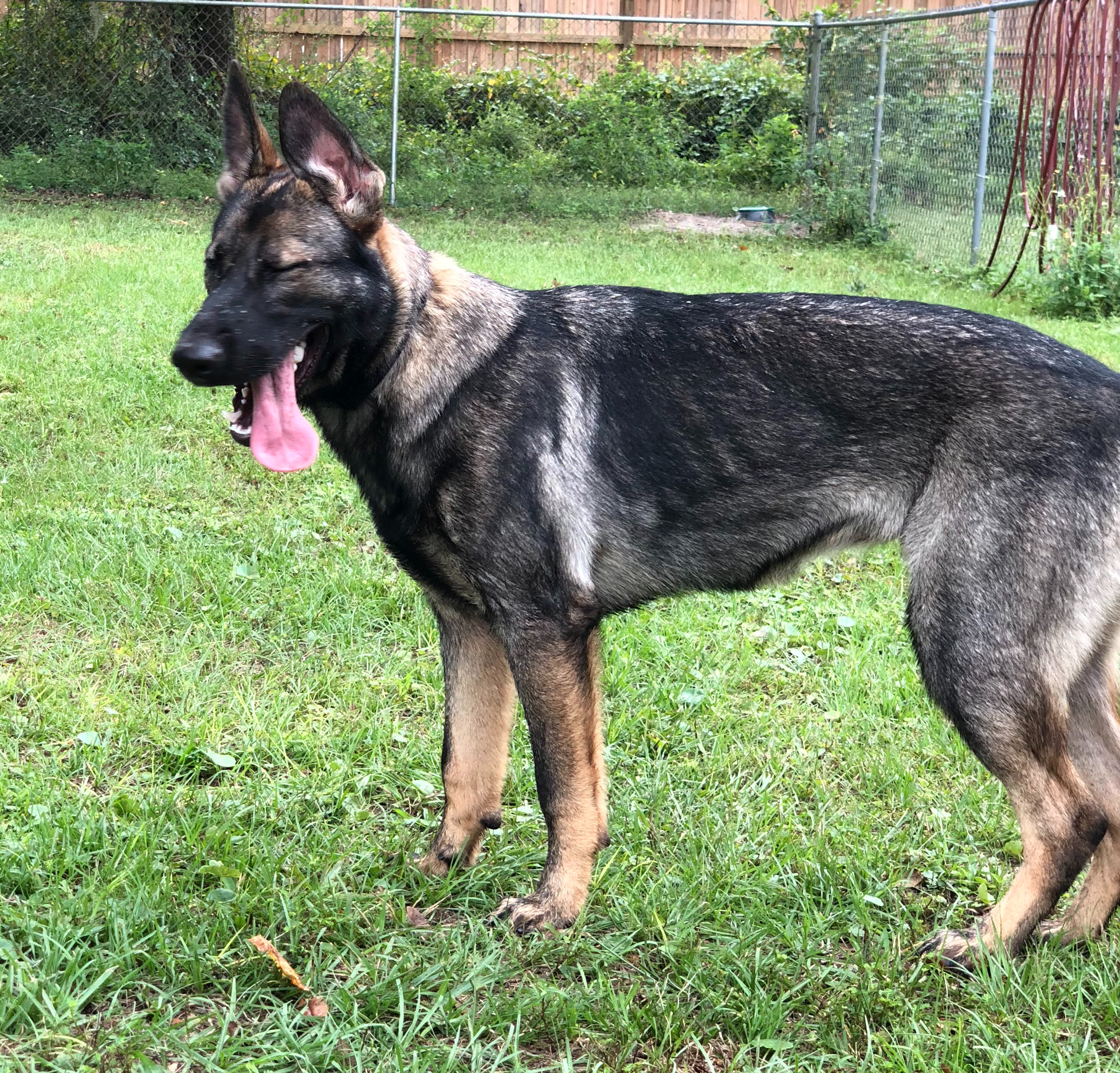 “Her fur is so soft it feels like love” ~ Mason 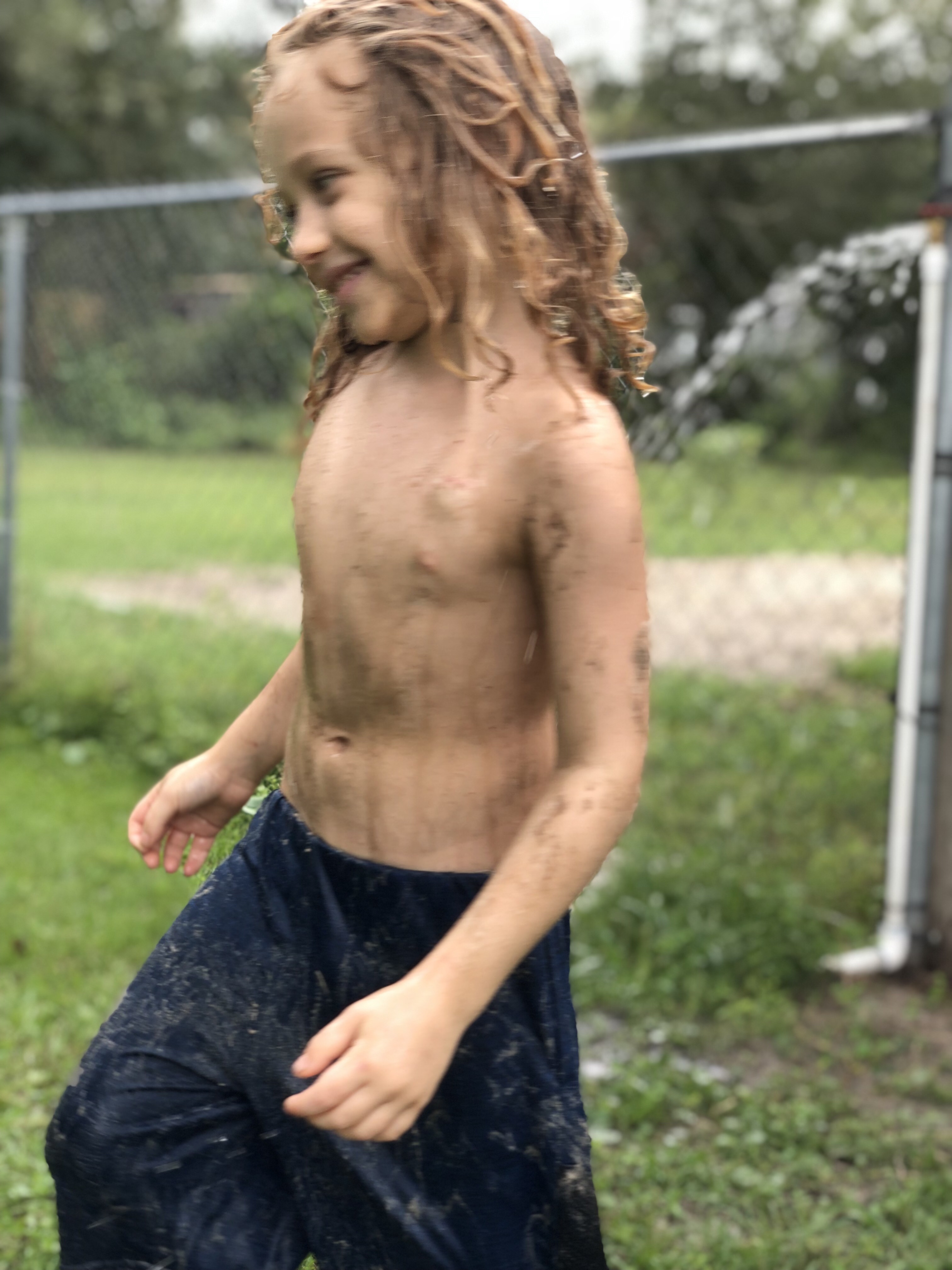 Zombie hunting in the storm is not for the clean and tidy.

“Freya was coming to save my leg from the zombie trap” ~ Mason (Seriously this pic says it all, Mason laughing hysterically and Freya the root of his entertainment.)

Our girl is a lean, mean, hunting machine! She has a strategy and you can literally see her think about what move she will make next when it comes to squirrels. She stalks; she slowly will crawl across the yard in efforts to sneak up on a squirrel. It’s hilarious to watch especially when Mason narrates her moves. You ask her if there is a squirrel outside, she goes to the window and looks and barks if she sees one, just watches if she doesn’t. When we’re outside if you say, “its time for the dobermans” Freya quickly runs and puts herself in the outdoor kennel run. Next I’m teaching her to close the door behind herself. She has enjoyed this week of non stop zombie hunting and attending school with the kids. Science seems to be her favorite subject!

We have had a balanced week of feeling good, mostly happy & eager to learn thoughts during school and non stop adventures, it has been a great week.  I just love watching the love story of Mason and Freya the Bear Wolf unfold, she gives him the courage to be himself and he’s pretty fabulous if I do say so myself. We have clinic next week for labs then treatment and of course the much dreaded 5 days of steroids. Each time we do this we are one step closer to being finished with treatment. Until next time. 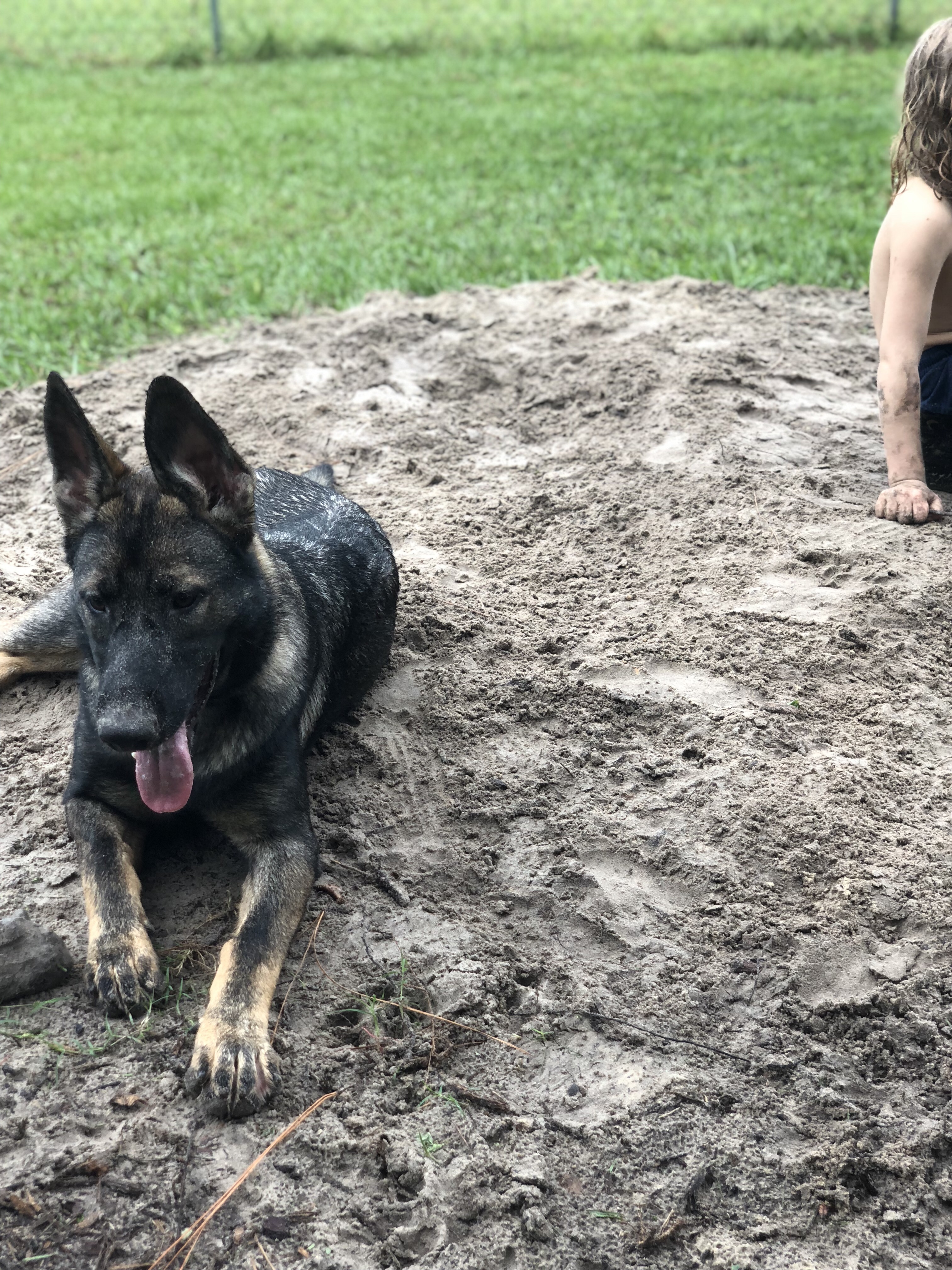